Teddy turned 15 weeks on Wednesday and we completed neglected to mention it. He’s now 6 pounds 15 ounces. He’s still on 2 liters of oxygen and working on nippling. He’s on again off again, nippling as many as 3 times in a row and then being completed exhausted for half the day. He is however down to the 22 calorie formula (as opposed to the “high” calorie formulas at 27 and 24). This is the formula that he will end up going home on. One more small step! We adore him more each day, even as his reputation for flatulence grows and spreads wide in the NICU (yes, pun intended). 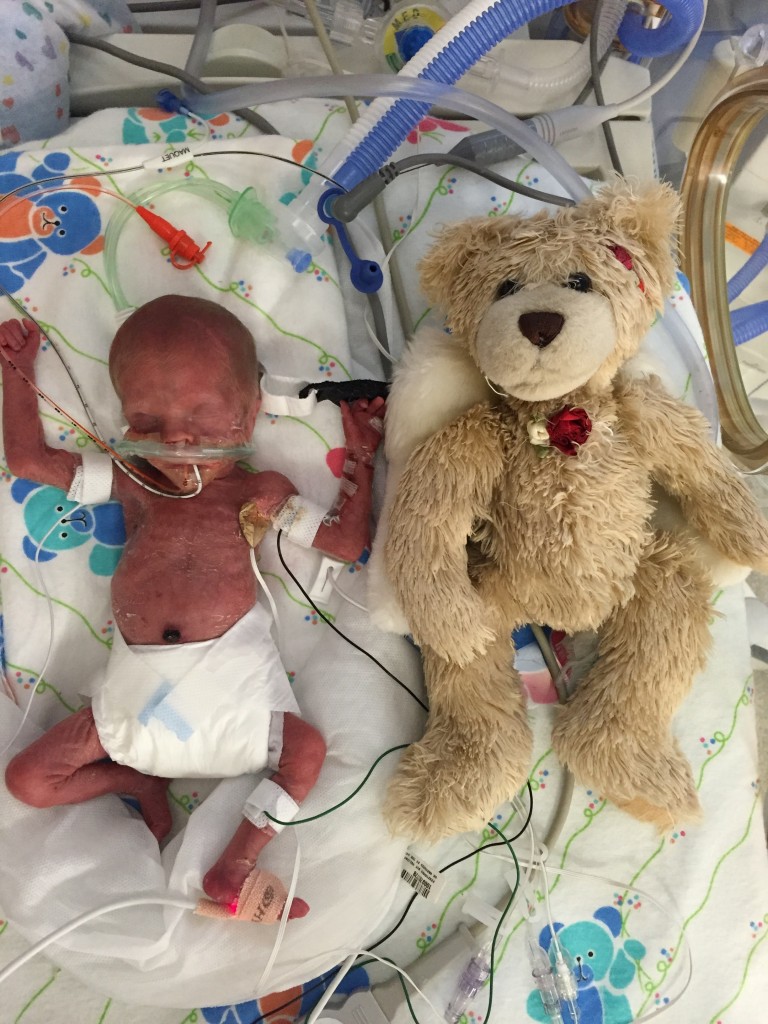 Welcome to the Virtual Village …

They say it takes a village to raise a child, and that's never been more true than in a circumstance like Teddy's. The challenges he's had from Day 1 have been significant. Yet, he has wonderful moms -- Abigail and Heather -- and wonderful new friends like yourself to help him along.

This web site was created to act as a village for Teddy. The blog will keep everyone up to date on current events. Comments are always welcome. And as we start coordinating care, we want all of our virtual villagers to be able to participate.

So, please, take a moment to register. When you do so, you'll automatically opt in to receiving notices about blog posts and new pages. We're still in the middle of construction right now, but with your help, we'll create a village green that will keep everyone informed and involved.

Thank you for joining us!